A Bit of a Rarity, 2006 Foris Cabernet Sauvignon From Oregon!

I love veering off the beaten path on my wine journey. Exploring new varietals and regions excites wine geeks like nothing else. Except sex. Duh. Being able to explore a familiar varietal from an unfamiliar region makes a lot of sense. If you, the wine geek, have already tasted a lot of cabernet sauvignon from all over the world, your palate has something like a baseline for the grape. I've been fortunate to taste cabernet from a lot of countries and regions, when I bought this 2006 Foris Cabernet from Oregon though, it was perhaps the first time I've ever had an example from one of my favorite wine regions in the world. 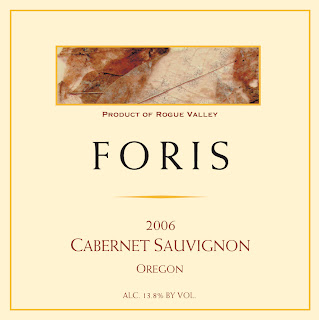 A few months back, Foris Winery partnered with Deals From the Vines, a Facebook-based flash sales group to offer some of their wines at ridiculously good prices. I selected their cabernet sauvignon, cabernet franc and pinot noir and ordered six bottles. So far I've only had the pinot and cabernet sauvignon and both have surpassed my expectations.

Foris sources their cabernet sauvignon, cabernet franc, and merlot from the Bear Creek Valley, which lies to the east of their estate and vineyards. The appellation is called Rogue Valley and overall is considered a great place to plant Alsatian varieties like riesling and gewurztraminer as well as pinot noir chardonnay. After they picked their cabernet sauvignon back on October 7, 2006, it spent 20 months in French oak barrels then another two years in bottle before being released.


Stop and think back, what were you doing in October of 2006? Someone was up in the vineyards of Bear Creek Valley picking cabernet grapes that would eventually end up in my glass right now. In October of 2006 I was finishing up my Finance degree at San Diego State and working in a wine retail store. I had a little experience with Oregon wines and no knowledge whatsoever of Foris, Rogue Valley or Deals From The Vines. Just four and a half years ago, I was utterly oblivious to the liquid I gaze at now. 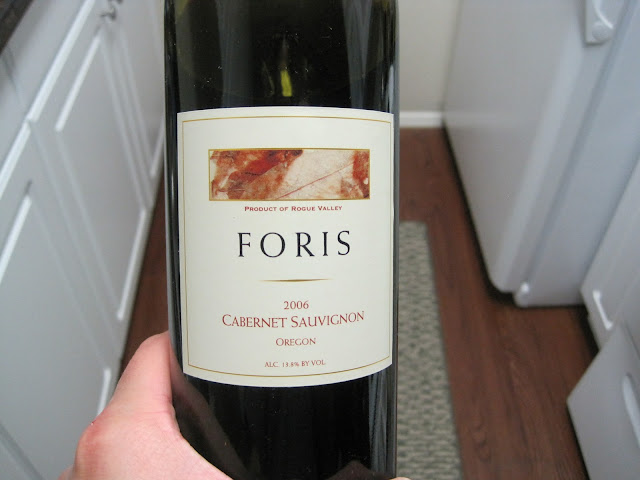 Some of the nitty-gritty details; 13.8% alcohol, unfined and unfiltered, and the grapes were harvested at 23.4 brix.

Colored like a young claret, a beautiful ruby that I can see through. The color seems to invite me to explore more, drawing me in like a moth to a flame. Wine lovers know the allure of the ruby liquid, how it is tantalizing, full of promise and even a bit dangerous.

I like how I smell wood bark and dark chocolate, neither of which are too strong. There's also some kind of savory note, like smelling an empty bag of beef jerky. Try as I might, I can get just brief hints of berry fruits, nothing at all like so many California cabernets. The Foris is very nicely balanced, its like each scent fits together with the rest, a jigsaw puzzle in your nose.

Foris states in their cabernet tech sheet that they aim for a Claret style here. To me that means a more restrained, tannin-oriented cabernet. Claret is an English name for red wine from Bordeaux and stylistically they differ from California cabernets by having more nuanced structure and lighter weight on the palate. It is entirely possible though to make Bordeaux wines similar to California cabernets and vice versa. I'm merely making a generalization to illustrate a point.

With that in mind, the Foris takes forever to open up, I put it through a Vinturi three times and it finally started unfolding. I'd say if you can, wait a few more years before opening any 2006 you might have. In all honesty this wine can go for 10+ years in the cellar. Right now though it's full of dark flavors like cocoa, cassis, leather and earth. The mouthfeel is wonderful, silky smooth but also firm and spicy. Words like classy, subtle, nuanced and Old World kept creeping into my brain. What a lovely wine!

The 2006 Foris Cabernet lists at $17 from the website. Utterly ridiculous if you ask me, because I'm hard pressed to think of a California example this good at the same price. Sure they are out there, and I hope to taste some soon but this is a well made, delicious wine at a superb price. Keeping price out of the grade, I give the 2006 Foris an A- and a STRONG BUY recommendation. Please do yourself a favor and pick up a few bottles. Some food pairings include meatloaf, lasagna, dry aged steak and pot roast. Foris hit a home run way back in 2006 when they picked and vinified this cabernet sauvignon. I'm glad I bought some but wish I'd bought more.