No Wimpy Wines While You're Having Flies

Does anyone else remember the old Frog's Leap slogan "Time's Fun When You're Having Flies!"? Or how about the much more well-known Ravenswood "No Wimpy Wines" tag-line?

Imagine those two slogans were thought up today instead of 20 years ago. The pervasive nature of social media would get those out to perhaps millions of people in the span of a few short months. Tweeting, re-Tweeting, Facebook, Myspace, and Tumblr would broadcast a brand's tag-line to even the most casual of wine searchers. But, would the brands grow as fast in say a year or two as they have over the past 20+ years? 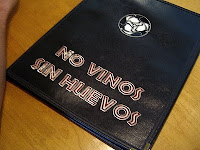 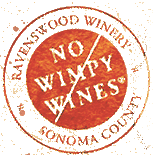 In Ravenswood's case, their slogan was printed on basically everything, short of babies. Back then, it was a little edgy, a bit of a thumb of the nose at the establishment even. Ravenswood drinkers demand their wines be big, bold, juicy, full of flavor...Does that remind you of anyone today? Can we draw any parallels to the wine market as it stands at the present day?


Frog's Leap went the cuter, friendlier route. We all giggled a bit at the clever wordplay but still, the intent was to get that brand into the consciousness of wine drinkers. Frog's Leap wanted a positive memory association which would then hopefully spark the person standing at the wine section of their store to think: "Oh that's the winery with the funny slogan, I like them!" and buy a bottle. I should note that the original slogan appeared many, many years ago in a one panel cartoon. I suspect the saying has been around even longer, but the point is that Frog's Leap seized on a great way to generate brand awareness.

Both seem to have worked because Frog's Leap and Ravenswood are still viable brands, producing some stellar wines and some more modest examples. The average wine drinker knows of each brand, both are poured by the glass at all kinds of restaurants and most wine stores carry them. It's entirely reasonable to call them each a huge success.


So then, if a winery today comes up with a phrase like Ravenswood's or uses a cute one like Frog's Leap did, can social media act as a brand awareness multiplier? Take a phrase that is easy to remember, plaster it on everything you can, short of babies. Engage people/users (paid or not) to use social media in all it's forms to mention your brand to their friends/followers. The way you present the slogan or tag-line and the phrase itself will get talked about over and over. At least some of that chatter will make it past the subject-focused people using social media and leak into the mainstream-brand-conscious population. Your brand will capture their attention too, further increasing awareness which ultimately results in more sales.

I think if you do each of those steps, and produce quality content (wine, in this case..get the pun!), your market will basically create itself. Therefore, my answer is a resounding yes, social media can and will work, imagine what would have happened to the two brands I've mentioned had they had access to such tools two decades ago. It's working right now with a few brands. That's perhaps saved for another post though.

See the things I think about when I'm bored?! It's scary..