A wee bit of internet wine-biz hilarity ensues..and a mini-review

If you're using the internet and love wine, I highly recommend this http://www.dailyfeastparody.com/ for an utterly hilarious parody of what happens in the twitter-verse. Thanks to Tom Wark (@tomcwark) for tweeting about it originally via his site. Take the time to read his other entries, you'll learn a lot! 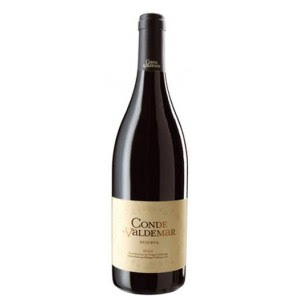 To be fair, I love Spanish wines. But...some of my first ever experiences came from drinking such stunners as Vega Sicilia Unico. Talk about setting the bar high, I still remember the depth and complexity, how it also had that one special quality to it that made me pause. Something that great wines have, which defines why they're great. I struggle to define or quantify what that essence was, yet I still recall the effect on me.

With that out of the way, I went into tasting this wine with a sense of excitement. It's relatively cheap, $14.99 at Trader Joe's, at least at the West Coast stores. I smelled darker notes immediately. Mocha, leather, a certain tarry quality, dried blueberries and a dusty/earthy scent. Kind of like a patch of bare ground that was rained on last week and is still a touch moist..But not earthy like a Rhone Valley wine or smelling of manure like a rustic (or really good) Rhone wine.

How does it taste? A bit more delicate than I expected, but it was a 2003 so perhaps that explains it. There was a soft bit of blueberry and blackberry, oak, round tannins, leather and a pleasant herbal flavor there. A bit of chunkiness disappointed me, previous readers know I'm all about seamless flavor transitions and am also big on flavor integration. I believe this wine was at it's peak or just past it, so it might have been disassembling by the time I got to it. The non-fruit flavors almost dominated the fruit notes, furthering that feeling of an off-peak wine.

There was a definite silky quality to the finish, which I did enjoy, a very nice tapering effect. I felt that at one point this might have been a bit more powerful but with age came an accessibility. On consecutive nights I paired it with home made pizza and beef stir-fry. Since the pizza had veggies as toppings, the wine held up just fine. With the stir-fry though, it was a bit overwhelmed and felt out of balance. There was too much going on, the food needed to be softer, quieter, but not necessarily more elegant.

Overall, a really nice bottle of wine. You might note that nothing wowed me, it seemed a bit past it's prime but had a wonderful finish and definitely an elegant quality which also appealed to me. My verdict: C+/B-, right now I'm leaning towards the C+.