A Perfect Wine and Food Pairing in Navarra

Last week I was in the Kingdom of Navarra on a wine blogger trip, and while I tasted some amazing wine, I also was fortunate enough to eat delicious meals at multiple restaurants throughout Navarra and the city of Pamplona. One of those meals came at a restaurant on the third day of our trip through Navarra wine country. The account is below.


Today while reading Matt Kramer's latest piece in Wine Spectator, I saw a passage that reminded me of one of the best wine and food pairings I've ever had, at a restaurant in Navarra. Matt wrote: "At a dinner with friends, we opened a bottle of 2008 Tokaji Furmint Sec from Kiralyudvar with a lemon risotto. We collectively gasped with pleasure and sensory surprise so striking was the wine. You could practically feel the universe expand, if only for an instant"

The theme of his column in the October 31st issue of Wine Spectator, was the romance of and in wine. While the article makes a good point that for some people, the romance has gone, the quote above is what stirred my memory. Experiences like what Matt describes are for me, rare, but that makes them more special and perhaps that's the romance of wine. Creating experiences such as what I'm about to describe won't come about from pairing a burger and Coca-Cola, or a glass of ice water and some suckling pig. Wine is integral to great meal experiences, and that's the truth. 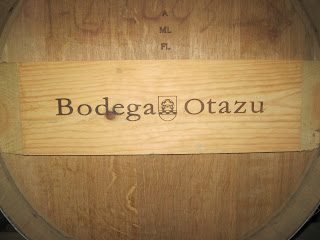 After tasting some delicious wines at Senorio de Otazu with Javier Banales Vanes, he took the #Navarra5 to lunch at Sarbil, a small restaurant overlooking the valley which holds Otazu. The pictures do not do the location justice, as Restaurante Sarbil sits out over the cliff itself, leaving it's diners sitting on air! This was one of the most beautiful sights during my time learning about Navarra wine. 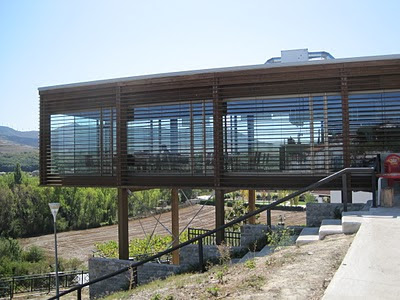 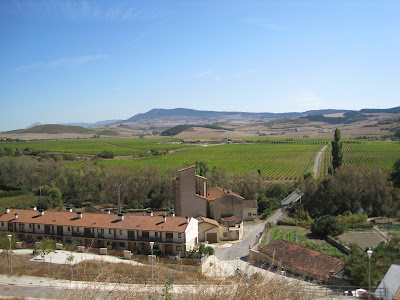 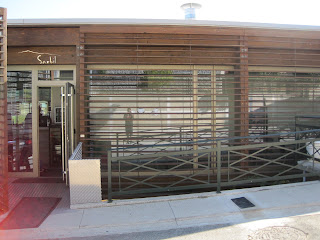 There you can see the restaurant and amazing view we had, the perfect setting for an equally amazing lunch. Sarbil was founded by a local man who had previously worked for years in industry before coming to his senses and realizing he and his wife could make amazing food. Javier said it was one of his favorite places to lunch and after our meal there, I can see why.


After tasting at Otazu, Javier brought two bottles of wine with him to the restaurant, the 2006 Altar and 2005 Vitral. Both are red blends, the Altar featuring 90% cabernet sauvignon and 10% tempranillo and the Vitral taking the cabernet even further, at 95% with the rest tempranillo. When I do my Otazu writeup, you'll read more detailed tasting notes on each wine, and their commensurately high scores.


My choice of entree was suckling pig, something I've had and enjoyed a few times here in the United States, and to be honest, an alternative to the multiple kilograms of steak I'd already consumed during the trip. That's not to say the steaks weren't bad, quite the opposite. However, eating more steak would have been like going to France and having escargot at every stop. 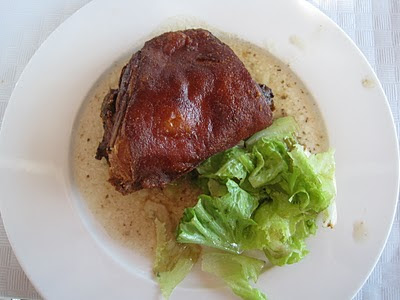 After going through multiple courses to even get to the suckling pig, and consuming multiple bottles of the amazing Otazu rosado, I witnessed the sight of a perfectly cooked portion of suckling pig make it's way to the space in front of me. The skin was crackly and crunchy, and underneath, the flesh came apart as if by magic. I thought to myself "this is just not fair" and remember looking over at Mike Wangbickler who was also sporting an ear-to-ear grin.

My "moment" came when the Wine Harlot was trying to engage me in conversation. I'd just taken a bite of the suckling pig, part skin and part flesh. The salty, crunchy skin giving way to creamy, decadent flesh that itself was marvelous, without any wine! Then, I took a sip of the Vitral and my world stopped. I was speechless, my brain exploded into colors, purple, garnet, ruby,  and electric blue fireworks inside my head.

My eyes were closed as I savored this perfect synergy of food and wine. THIS is why I drink wine, THIS is why I pair wine and food. The Vitral, all $105 dollars worth, seamlessly complemented the flavors of the pig. The skin, glazed to perfection, gave way to earth and dried herbs from the tempranillo, the creamy flesh of the baby pig bathed in the cassis and black cherry fruit of the cabernet. The entire experience is seared permanently into my brain. I couldn't tell where the wine stopped and the food began, or vice versa.

I held up a finger to the Harlot, begging her indulgence and after a second, she understood what was going on. Right then, there, for me, the entire world was perfect.