On Friday the 13th, my friend Walker and I got together again to taste awesome beers. A few weeks prior, we had our first tasting of some great craft brews so I have a feeling this is going to become a regular occurrence. Anyways, Walker is on a quest to taste the top 100 beers as rated by beeradvocate.com, and I am more than happy to help out with that. Their #1 beer,the Westvleteren 12, is something that can only be purchased at the brewery in Belgium, or bought for a huge markup here in the United States. Luckily for us, Walker found some on ebay for $40, shipped. In a 12 ounce bottle. So he and split the bill, and the beer. I got six ounces for my $20, or roughly the cost of a premium glass of wine at a very nice restaurant.


While all of this was taking place, I received some samples of various kinds of jerkies and thought that pairing them with beer would be a ton of fun. Of course, my buddy had no objection either. The kind people at House of Jerky sent me a sampler pack of their styles and I'll be featuring each one in a blog post coming soon. You will want to read that one! 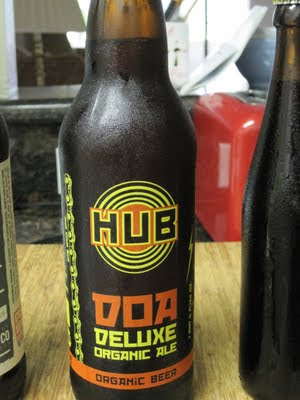 Aroma: Very faint aromas of grain and the barest hint of something tropical, like dried mango slices fresh out of the bag. Somethign akin to a roasted malt comes through as it warms up more. Faint aromas of citrus oil, specifically orange.

Palate: Soft, light, and delicate for an ale. Pleasant mouthfeel, the flavors are all muted though. Very malty and bretty on the finish. Nice bit of something pepper-ish too, keeps the malt from being too sweet. Not quite what I expected, not in a bad way though.

Rating: B. Good beer! Almost "there". 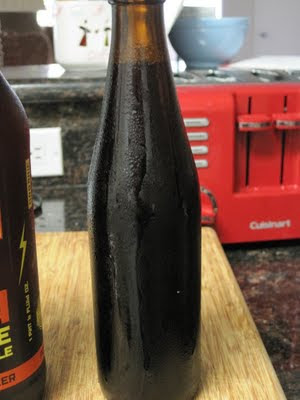 Aroma: Smells stunning. Raisins, brandy soaked pastry, candied prunes. Very complex, each flavor is impeccably balanced. Alcohol aromas but in a great way, doesn't overpower at all. It's like unwrapping the foil from a holiday, booze soaked cake and inhaling it. In this cake, rasins and candied prunes galore. Lots of spice like cinnamon, nutmeg, coriander or cardamom?...

Palate: The taste brings the same complexity, all sorts of flavors bouncing around and still incredibly well balanced. The finish lasts about one minute, incredibly long for a beer. All ripe, sweet black fruit, raisins, molasses, what a sensational set of flavors. Completely un beer-like. Absolutely wonderful, beyond impressed and well worth the $20 I spent for 6 ounces. 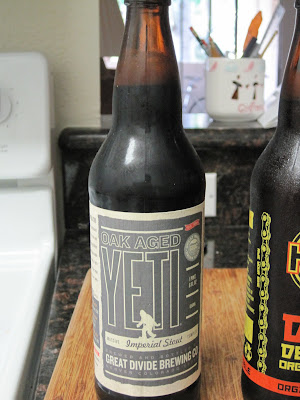 Palate: A monster, full of: dark chocolate, toasted nuts, and fresh roasted coffee. Wonderfully complex, each flavor balances the other so none dominate. Very, very well crafted beer. Black tar flavor adds a very nice restraining factor to the ripeness. Again the emphasis seems on balance rather than power. The acidity on the finish is another foil to the sweet flavors and is much appreciated.

Walker has posted a couple of reviews on his blog, the Westvleteren 12 and the Great Divide Oak Aged Yeti, they're well worth a read as he does a better job than I do in describing the beers we tasted. In a week or two we'll do another tasting, hopefully with a bunch of beers I bring back from Portland.


Stay tuned, I have a full feature on the various jerkies I was sent coming up along with a new project from Don Sebastiani. Also I'll be tasting through some New Zealand wines next week, crisp whites to get you in a summer mood.